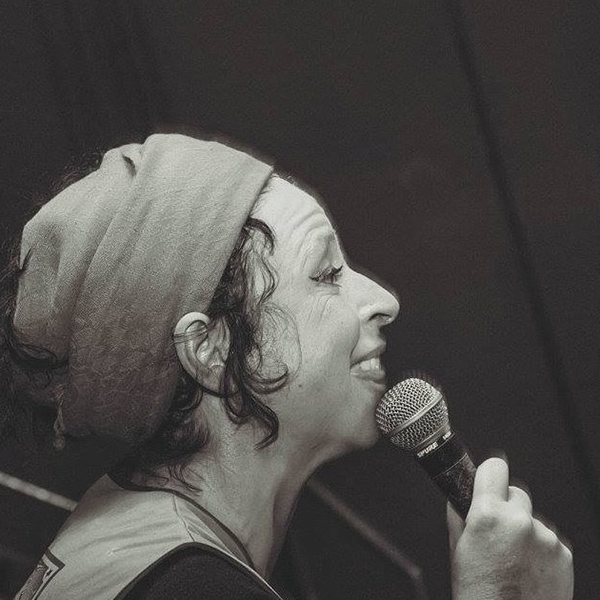 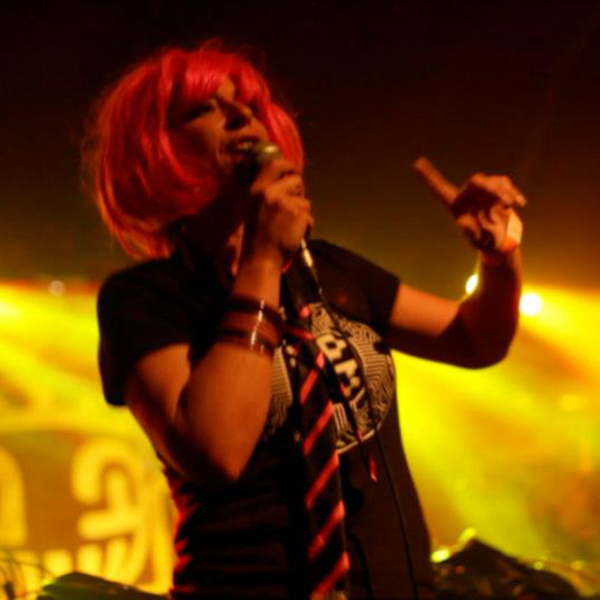 Simone met Spiral Tribe at their first ever party – after a police raid the generator had been confiscated. At 2am in the morning she got on the phone to organise a back-up. The party continued, and so it was that she became one of the core-organisers and creators of the fledgling sound system. Playing a central part in its early evolution, she also became one of the sound systems principal MC’s. In 1992, she wrote and performed the vocals on two of the sound system’s best known releases, Breach the Peace and Forward the Revolution.

In 2006, she joined forces with Ixindamix to form the Bad Girlz. Gaining popularity for their irreverent style and cheeky lyrics, they have gone on to play extensively across Europe and the UK. The Bad Girlz have also released five singles and an album on the Audiotrix label. Sim Simmer was also responsible for the administration side of many of the sound system’s spin off projects.

Sim Simmer performs regularly as the Bad Girlz vocalist, and MC’s at the full-crew SP23 events. Her vocal passion and on-stage charisma bring an added level of energy to every live performance.