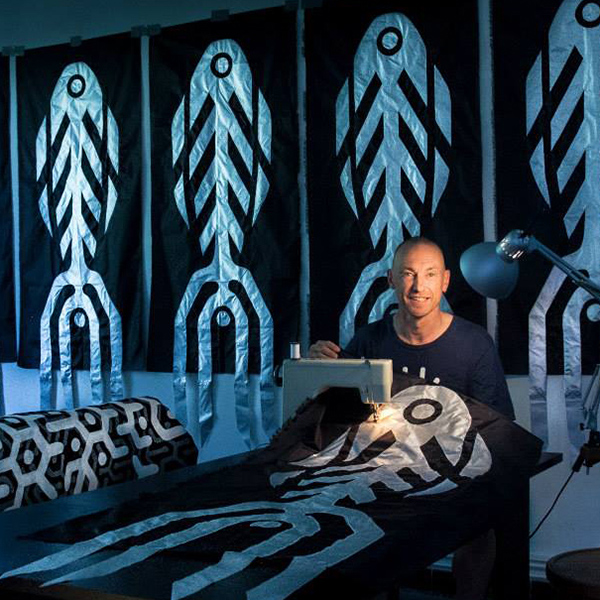 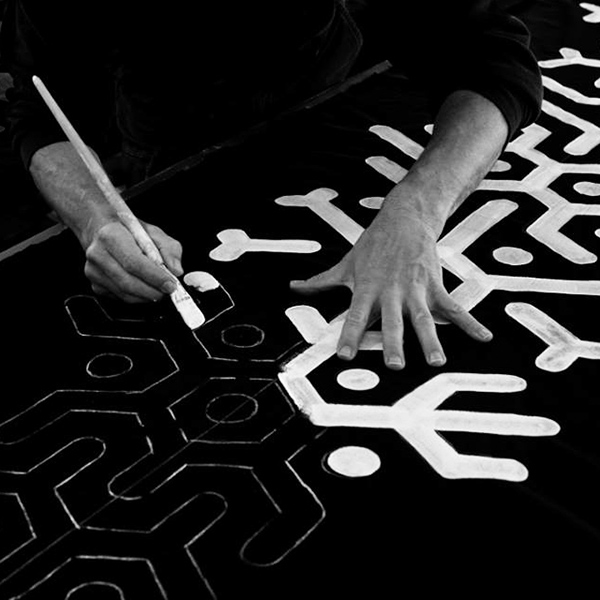 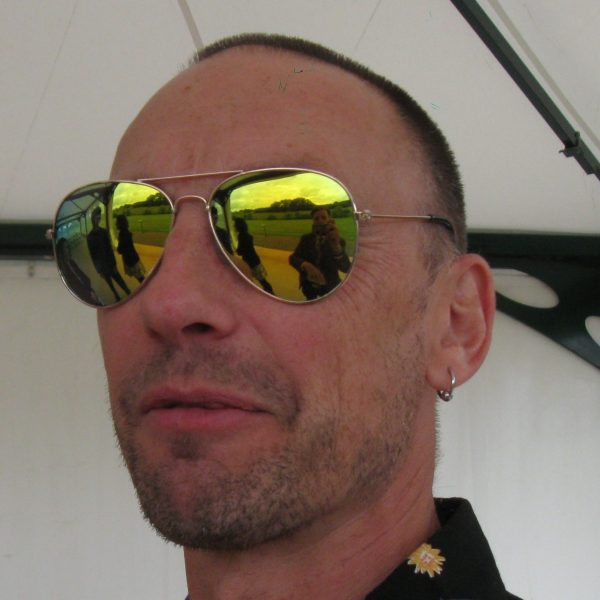 After a five minute career as a cleaner at the Gillette shaving foam factory in Reading, Mark Angelo Harrison put down his bucket and mop and picked up a pen and a bottle of black ink.

He jumped on a train to London and fell in with a nocturnal crowd of DJs, musicians and artists. Wherever he went he carried his pen and would often be seen scribbling ideas and sketching designs into one of his tattered notebooks. Momentarily (after finding a job at a printers on Ladbroke Grove) his life stabilised into a flat-lined nine to five. He was doing well, having just accepted a promotion from tea-boy to photocopy operator. But life was about to deal him an unexpected wild card.

One night, while alone and working late, he became curious about a new industrial laser copier that had recently been installed in the printwork’s basement. Unaware that he was only the thickness of a printed image away from a total dimensional shift, he began to experiment with its zoom capabilities. While digitally exploring the image of an ammonite, he became sucked into its logarithmic spiral – to him, a symbol of life, evolution and chaos. The next day he didn’t return to work, choosing instead to throw himself into a new project – something he called: Spiral Tribe.

Today, Mark is a writer, photographer and artist.